Your information on the COVID-19 pandemic

COVID-19 | All the information needed for understanding total rewards in the context of the COVID-19 pandemic.

Quebec and Ontario among the most generous provinces

In the summer of 2019, 413 organizations—representing more than 1 million employees across Canada—took part in the ninth edition of the Salary Increase Survey. The data collected was rigorously analyzed by our compensation specialists and will allow you to identify patterns and trends that will be most useful to your decision-making process.

New this year! Explore our interactive platform and personalize your results according to six segments:

With a Canadian average of 2.7%, salary increases granted in 2019 were 0.2% higher than what was forecast last year:

Increases granted in Quebec have surpassed the 3% threshold, a level not seen since 2009. As for forecasts for 2020, Quebec and Alberta lead the way in optimism with projected increases of 2.9%, with Ontario trailing close behind at 2.8%. 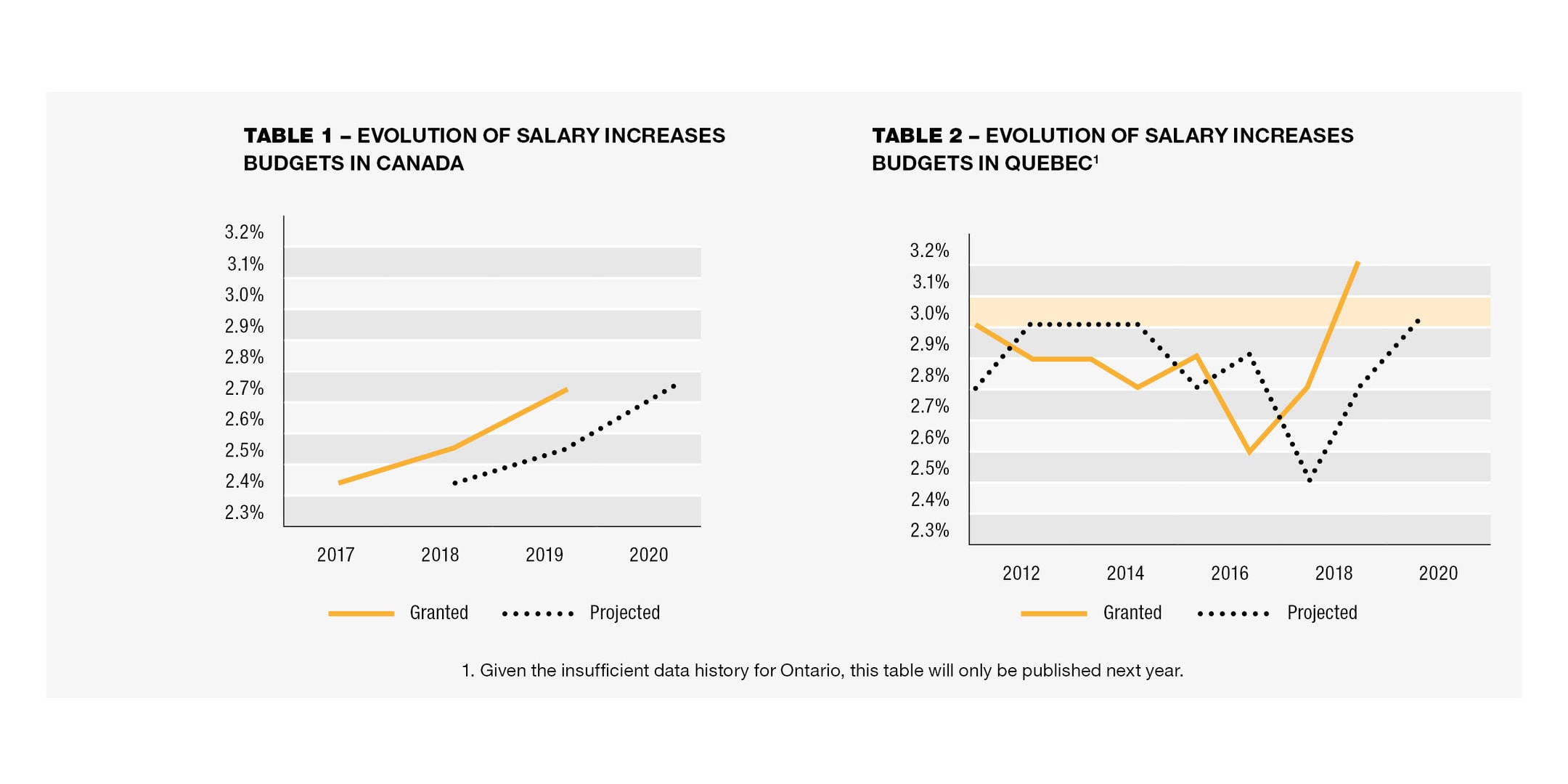 Many factors have had a positive influence on salary increases granted by organizations in recent years, including:

For 2020, forecasts indicate that companies may face inflation in the bottom half of the Bank of Canada’s inflation-control range, between 1% and 3%.

Despite many positive indicators, some factors may lead to an economic slowdown in the near future:

We have observed a significant gap of 0.4% for Quebec and 0.2% for Ontario between salary forecasts for 2019 and the increases that were actually granted. The factors outlined above partly explain this gap.  We predict that a similar phenomenon could be observed next year. 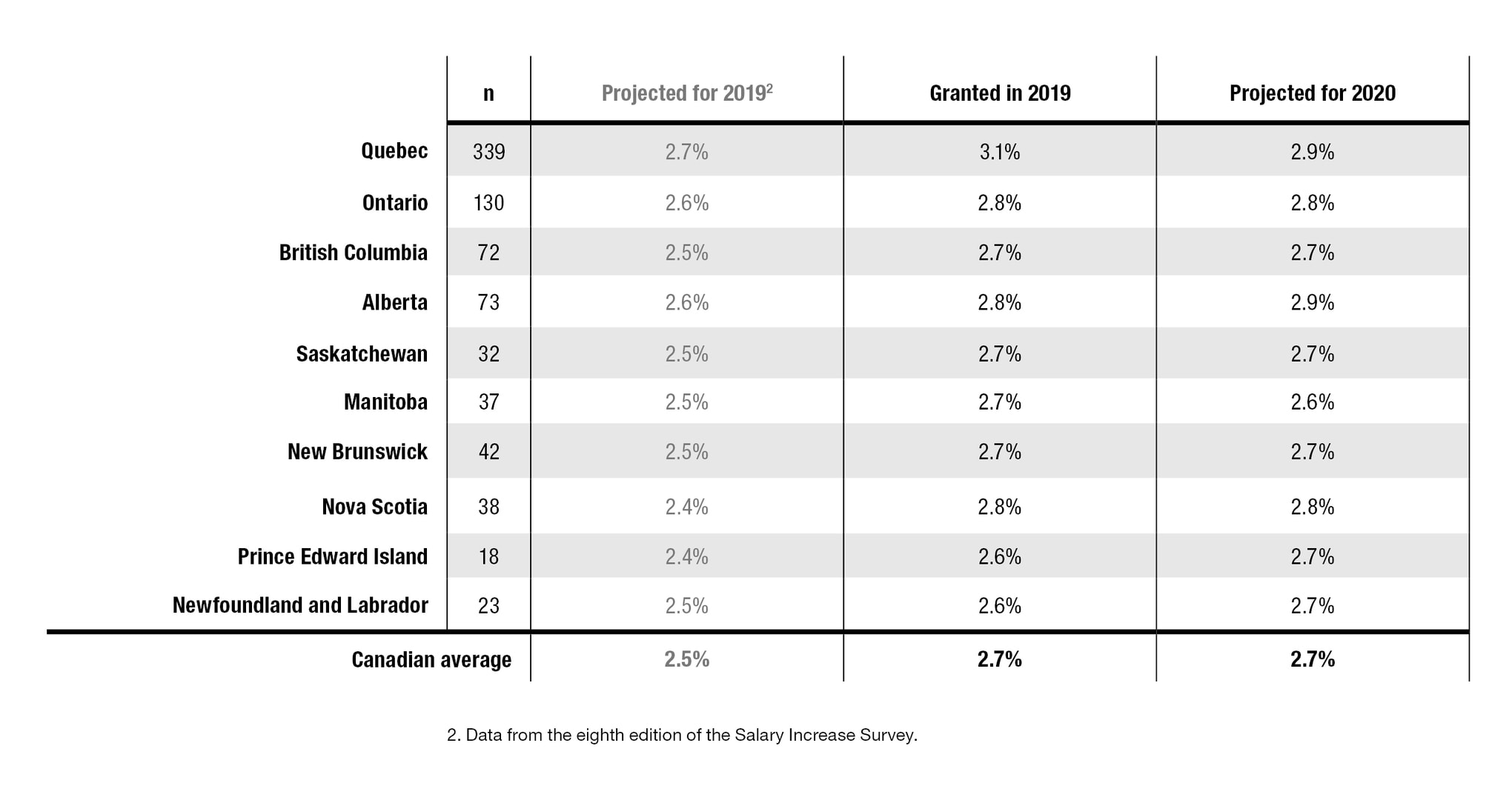 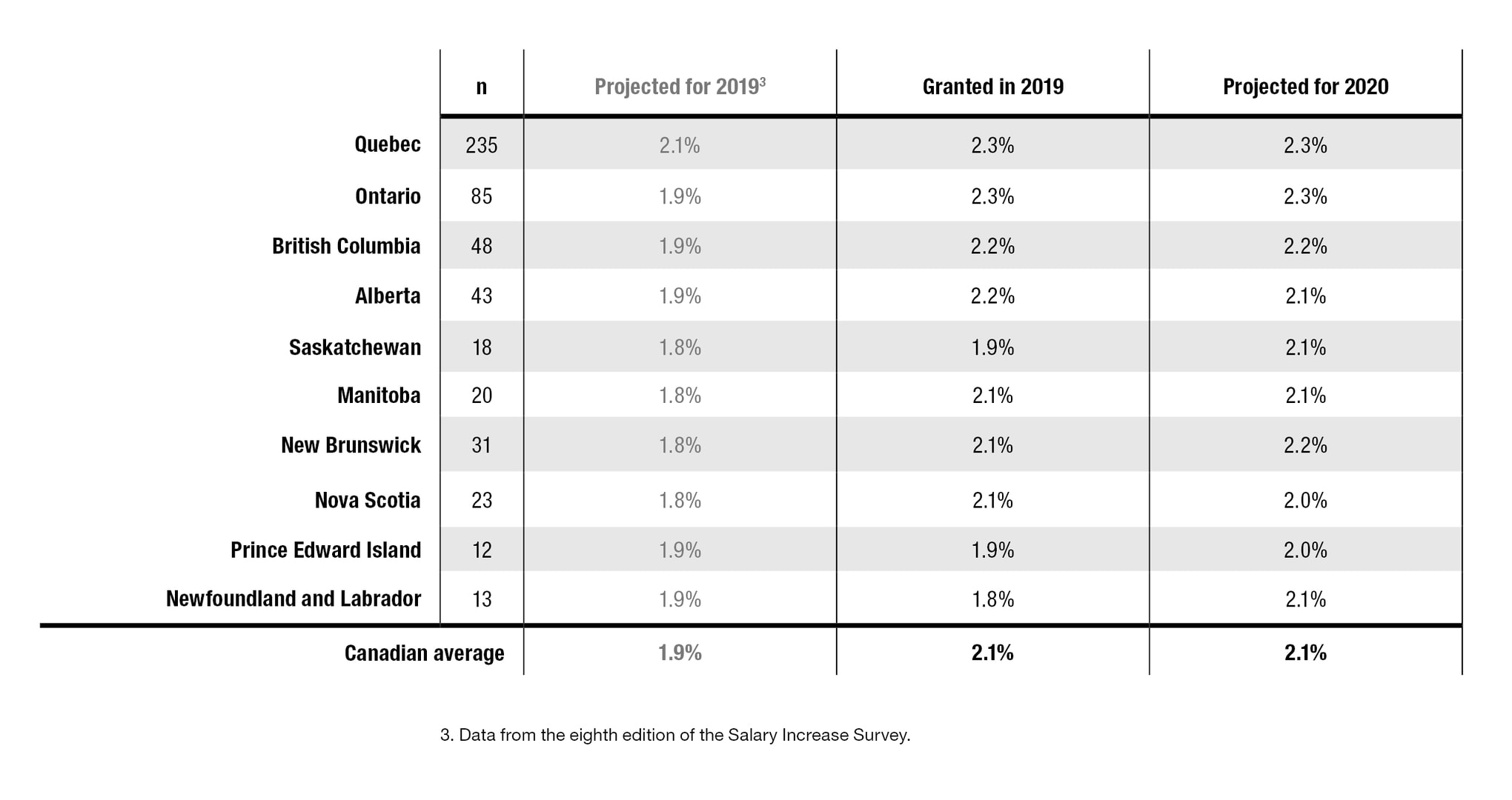 The average gap of 0.6% between salary increases and average salary structure increases has remained stable compared to the previous year. This means that the major share of salary increase budgets are used to maintain the positioning of employees within their pay scales. The remaining budget allows businesses to reward the performance and progression of their employees.

What about salary structures for unionized jobs?

For organizations with step-based salary structures (i.e. those granting automatic salary increases to employees), the average increase was 2.2% in Quebec and 2.4% in Ontario.

Normandin Beaudry thanks all the participants for their contribution to the success of this survey! For more information, please contact our specialists.

Don’t miss out on the 2021 salary forecasts

Want to participate in or be kept informed of our next surveys? Email us!